Having been plucked from non-league football, Trevor had already made his professional debut as a 16-year-old for Cambridge United in 1995 before he was offered a professional contract the following season. A raw, yet powerful striker, he began to make a name for himself at the Abbey Stadium following the arrival of Roy McFarland and his goals helped the club gain promotion to Division Two in 1998-99.

Having established a formidable partnership with Martin Butler, finances dictated that he would soon be on his way and following another prolific season in which his goals kept Cambridge up, he was on his way to Leicester City in a £1million deal in the summer of 2000. 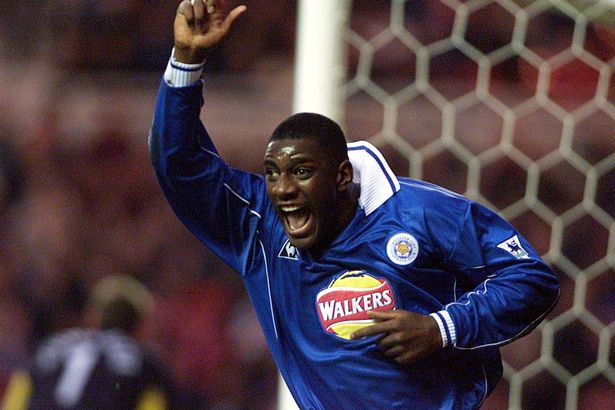 Non-League star of the future

Having been brought up in Wellingborough, I was a football-mad kid and would play with my mates every single day. Although I’ve played in most positions, I’ve always fancied myself as a striker and went up front for my first club, Wellingborough Colts, and haven’t looked back since.

I was then picked for the Northampton district side, where the bigger clubs in the area snapped up a number of us, and I joined Kettering Town, who were in the Conference League at the time. Although I was only 14 at the time, I played one game for the first-team in a friendly against VS Rugby, which was a great experience because I was coming up against players much older than me.

However, I didn’t stay that long and joined another local side, Rushden and Diamonds, where my brother Richard was a player. I joined at a time when the club was just taking off and was lured by the excellent facilities the club had. You could tell back then that the side would become a league side and I wanted to be a part of that. I played for their youth team and reserves, kept banging in the goals, and within six months I would be given my professional break.

When I knew Cambridge United were interested in me, I knew this could be my only opportunity to make a name for myself and I had to grab the chance with both hands. I initially went on trial, but it was a period that lasted for a number of months as I played for the club’s under-16 side every weekend. Unfortunately nobody else from that age group has gone on to make a name for themselves but I suppose I stood out because of the goals I scored.

David Back and Paul Ashworth, who were our youth coaches at the time, then pulled me into a room after my trial period and told me that the club would be offering me a YTS contract. I was absolutely delighted and felt that I now had another two years to build myself up and push for a first-team place. But it was a bitter-sweet occasion because some of the lads who I had played alongside were in tears, having been told they were surplus to requirements, so I had to hide my delight until I got back home and told my parents.

My full league debut came much quicker than anticipated and I made my bow as a 16-year-old against Gillingham during the 1995-96 season. People ask my whether I’m the youngest player ever to have worn the Cambridge colours but I was beaten by Andy Sinton, who now plays for Wolves. However, it was a fantastic experience and I played up front alongside the likes of Steve Butler and Carlo Corazzin. They helped me through the game and although we drew 0-0, I nearly scored to make it a dream debut.

Tommy Taylor was our manager at the time but he protected me by including me just 12 times in the next two seasons as I flitted between the youth, reserve and first-team. It was a strange time because I would be playing in front of a few thousand fans, then the next week it would be one man and his dog! Mid-way through that second season I finally signed professional forms and the following season I really started to make a name for myself.

A star in the making

I became a regular in the Cambridge side during the 1997-98 season but only scored four league goals. However, with Roy McFarland now in charge, he stuck with me, instilled a lot of confidence and I soon began to repay that faith. He had assembled a very good side and by the time the 1998-99 season came around, I had formed a very good partnership up front with Martin Butler.

We gained promotion that year and the personal highlight was probably knocking out Premiership Sheffield Wednesday at Hillsborough in the League Cup and scoring the all-important goal. That season really put the two of us on the map and with Cambridge being such a small club with limited resources, it was inevitable that we would be sold on at some stage.

Martin was sold to Reading the following January, but I stayed on and played my part in keeping United in Division Two. It was a real struggle at times, particularly as I knew I would be the next player sold, but I tried to forget the speculation and just get on with my football.

I scored 25 times that season to help keep the club up and having notched almost 100 goals for the club, I now had a real value on my head. It was also a record-breaking season for me as I scored in eight consecutive games, breaking a club record that had stood for many years. I also scored against Crystal Palace and Derby County in the FA Cup during that purple patch, proving I had what it takes to play at a higher level.

I knew Peter Taylor was interested in me when he was at Gillingham, but it was still a shock when he moved to sign me for Premiership Leicester City in the summer of 2000. The £1million Cambridge received was obviously an offer they couldn’t refuse and, having read about the story on holiday in Cyprus, I was on my way to Filbert Street on my return.

It was an exciting, yet scary scenario because I was making a massive jump, but it was a leap I was happy and confident with. From playing in the lower leagues, I was now rubbing shoulders with the likes of Robbie Savage, Tim Flowers and Matt Elliott, all big-name, established stars. I’d dreamt about that moment for a long time but couldn’t quite take it all in at first. But I knew I had to take the opportunity with both hands.

The start to my City career couldn’t have gone more smoothly. The club started the season so well that we were top of the table and I made my debut in front of 45,000 fans at Sunderland’s Stadium of Light. From playing in front of 2,000 fans at The Abbey, I was now playing in front of huge crowds and the buzz that gave me also provided the incentive to work hard to ensure that I stayed in the side.

There must be something about the North East because I scored my first City goal against Middlesbrough, when I rose above Curtis Fleming to nod home Callum Davidson’s cross. Unfortunately we couldn’t sustain our form and an horrendous injury list contributed to our downfall. Although we reached the safety of 40 points by February, the wheels had come off our season and it ultimately cost Peter his job. That disappointed me because he brought me to the club, but thankfully the lads had been really good to me and took me under their wing.

Unfortunately things have gone from bad to worse this season and as we fight our current relegation battle, I’m still trying to establish myself as a first team regular. But I know that I’m still young and have plenty of time on my side to make it at Filbert Street. My recent loan period at Crystal Palace helped my confidence and I’m now working hard to show the fans here that I have what it takes to score goals and be a Leicester star for many years to come.